Photos from here and there! 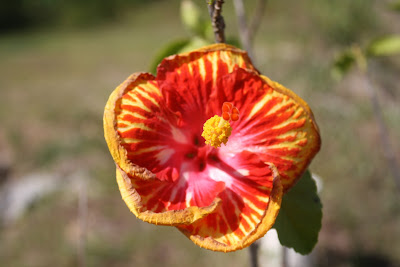 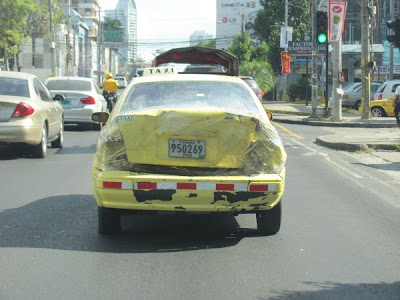 Plastic wrap to the rescue!
Notice the absencee of tail lights?
Lights on cars don't seem to be mandatory in Panamá. 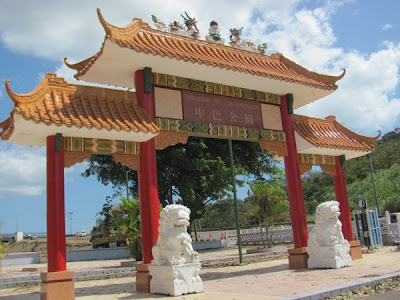 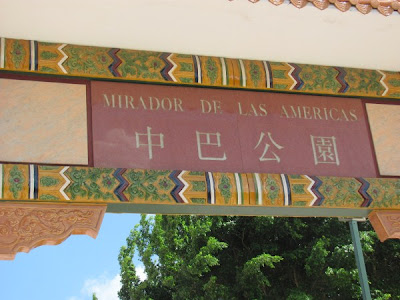 Many nationalities were brought in to build and run the Panama Canal. There is a large "chino" population here today as they own most of the small stores.  They speak Spanish with a Chinese accent to make things more difficult. 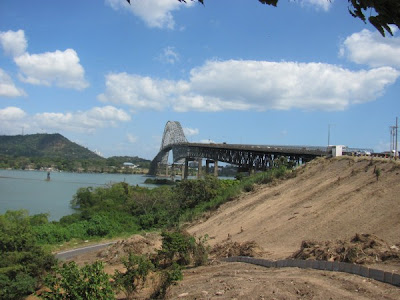 A view of the canal and
Puente Centenario 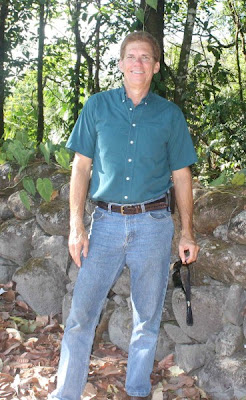 This guy keeps following me around.
I think he's a writer groupie! 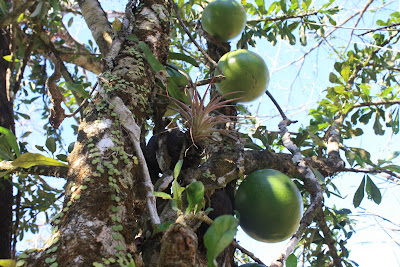 We found this Pummelo tree in one of our adventures 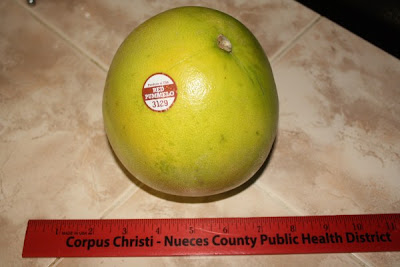 We bought one from the store.
It's basically a large grapefruit, but
sweet and tough....kinda like me! 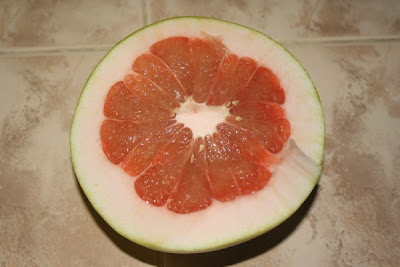 The inside of a pummelo 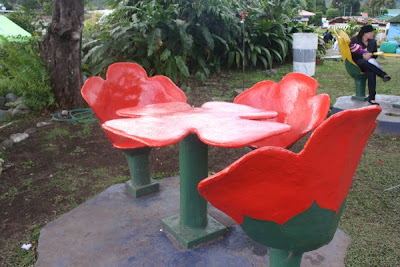 Every thing's in bloom at the Feria de las Flores 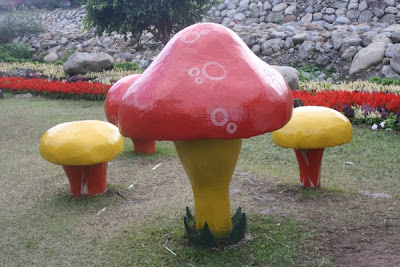 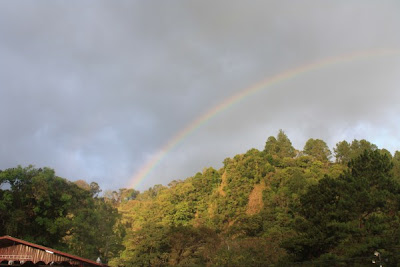 After a brief shower we were rewarded with
"el arco iris" a rainbow. 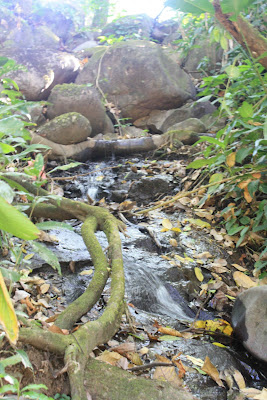 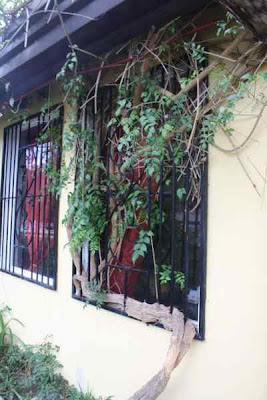 A plant growing up into the window of Tammy's Restaurant in Boquete.
The menu said "Mike's Restaurant"
so we were confused but starving so it was all good. 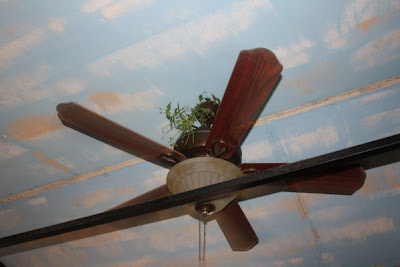 The same restaurant, this plant was growing out of the ceiling.
Strange huh? 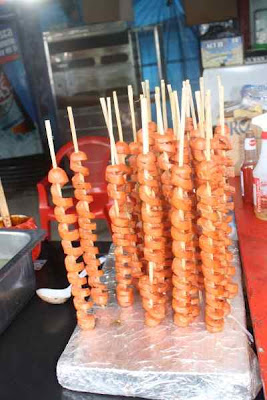 Curly Q "meat on a stick" at the same fair 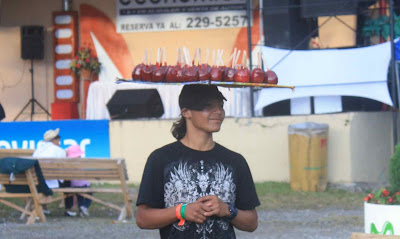 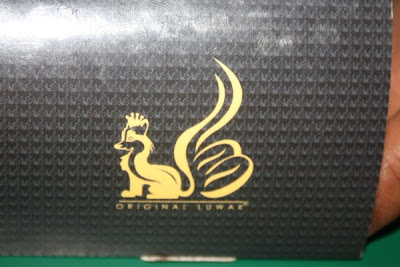 This is Original Luwak Coffee or civet coffee, one of the worlds most expensive coffee's. The coffee berries are eaten by the civet (a wild cat) and then the beans are pooped out.  After that they are processed and the coffee sells for up to $160 per pound.  It was made famous in the movie
"Bucket List" as CAT POOP COFFEE.
BTW this coffee is from Indonesia 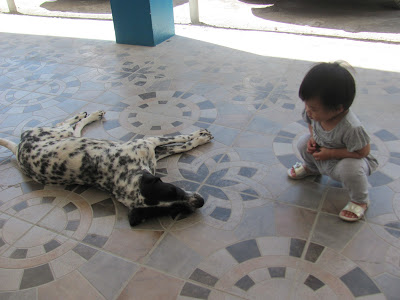 A local boy and a street dog. Stray dogs are everywhere in Panamá and like everything here they move slow.  People just step over them on the street as they are very passive and don't seem to bother anyone.
Note the tile on the ground that is common here too. 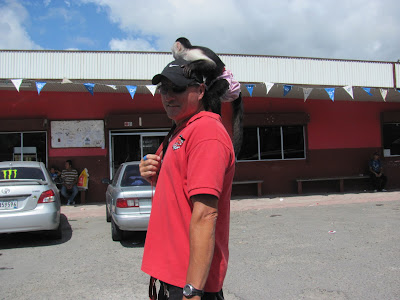 A man and his pet monkey.  Panamá does have wild monkeys too, six different types in fact.  The biggest and loudest is the howler monkey. 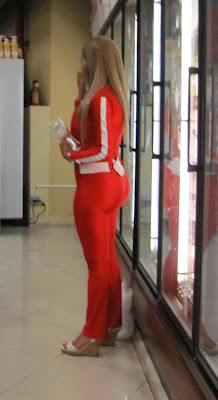 Yes, Panama has Budweiser Girls in the grocery store.  What a fashion statement....a jogging suit with heels. Apparently she was giving away two free glasses with the purchase of a six pack.
The local beers are much cheaper than the imports.
Big spender Clyde spent $2.89 for a six pack of Balboa beer today. 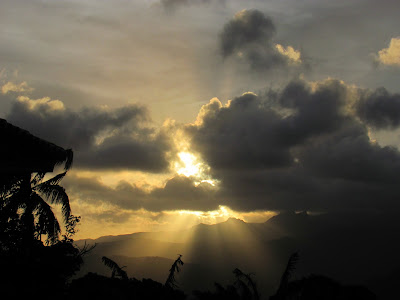 Sunset from Chica, Panama
Our Canadian friends Sharon and Phil will soon be opening a
B&B here called La Joya de Chicá (the jewel of Chicá)
Stay tuned for details here in the coming months.
﻿
at January 23, 2012