In a recent blog I mentioned my one and only unique daughter Desireé and posted a picture of her artwork.  Afterwards I checked with her only to discover that she didn't draw that one, but she has sent me some to show off.  And this is a special week for Desi as she nervously heads back to school. Oh how cute she was on that first day of school when she was just five.  All dressed up in a pretty dress, new shoes with her hair up in pig tails. As I coaxed her into the building she nervously clung to my side.  The teacher welcomed us and when Desi noticed the other kids playing she looked at me and said "are you gonna leave now so I can go play?" And my heart broke as I realized that my little girl no longer needed me.  She ran to join the others kids and I watched as I walked away crying.  That independent nature is what made her who she is today. 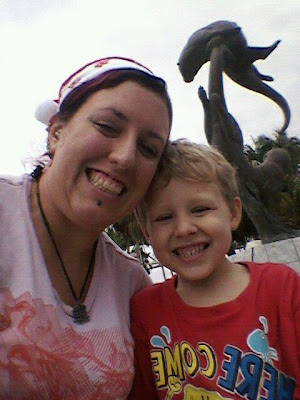 Desireé and her son Vash﻿
﻿The name Desireé is French for "desire" and was made popular by the 1977 Neil Diamond song with the same name.  There are 15 different spellings of the name and it ranked number 425 in popularity out of 4276 most common names for girls in a 1990 census. 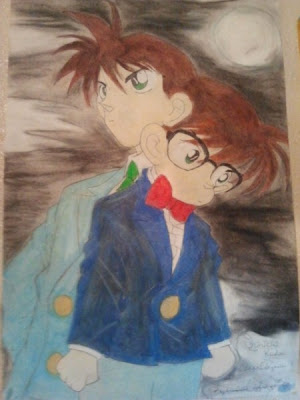 From as far back as I can remember, Desi always had talent for drawing, painting  and music along with a superb memory.  I remember when she'd read a book and I'd ask what it was about she'd go into this hour long explanation practically reciting it word for word, when all I wanted was a quick over-view.  She always loved to sing and I remember watching a kindergarten performance where she gently pushed her way to the microphone so she could be heard over the other kids.  In the sixth grade she took up playing the clarinet in the school band and continued throughout high school. 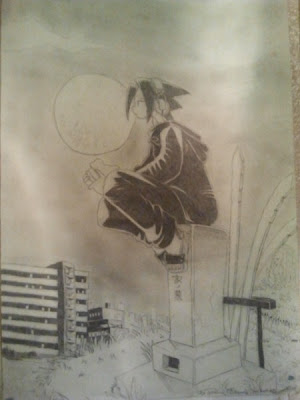 ﻿
As Desi matured her love of drawing cartoons continued and I had hoped she'd go to college and become a famous animator.  But being a rebellious teenager, she balked at college and went directly into the working world.  She started working as soon as she turned 16 and has held a job ever since.  From cashiering, to call centers, to car hopping to fast food management, Desi is a motivated self-starter that employers love. 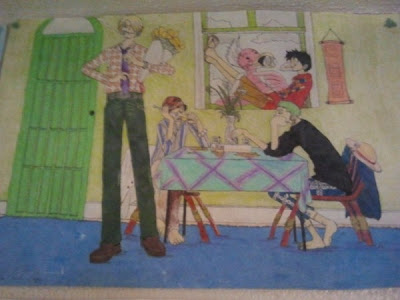 Her love of cartoons led her into "animae" which simply means "animation" in Japanese.  These adult themed cartoons have an almost cult like following.  Since the Japanese are known for dressing up in quirky attire, they also dress up like "animae" characters and attend conventions.  This has spread to the rest of the universe and Desi is an avid follower.  So avid that she has been studying Japanese on her own and would like to someday live and work in Japan.  She even named her son Vash after an animae cartoon, "Vash the Stampede". 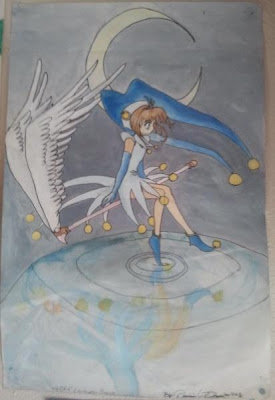 ﻿
So this week begins a new chapter is the life of Desireé as she heads off to college.  Life will be hectic as a single mother, with a part-time job and a full time college schedule.  But when Desi has the desire to do something, she doesn't let anything get in her way.  It's that determination that gives her the drive to pursue a new career.  And it's her intelligence and memory skills that will guarantee her success. 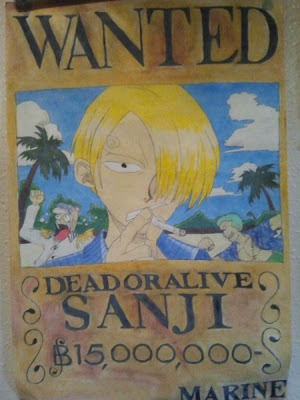 Just like any other mother my wish for my child is that she achieves whatever she desires, and she never settles for being just good enough.  And it wouldn't hurt if she makes millions and is able to support me in my old age, which of course is a long way off since I retired so incredibly young.
at January 16, 2012