Today's trek away from our house sitting abroad spot took us to the largest building in Scotland, Linlithgow Palace. Located just fifteen miles west of Edinburgh it was once the principal residences of the monarchs of Scotland in the 15th and 16th centuries. After the monarchs left the palace for England in 1603 the palace fell into disrepair and was later burned out in 1746. 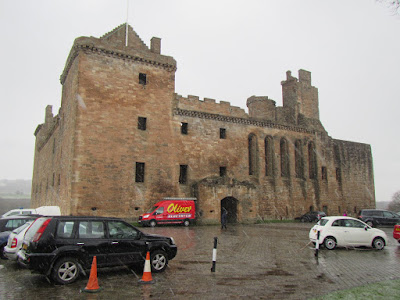 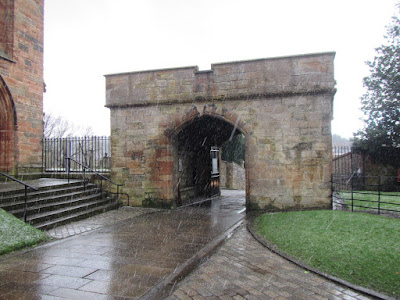 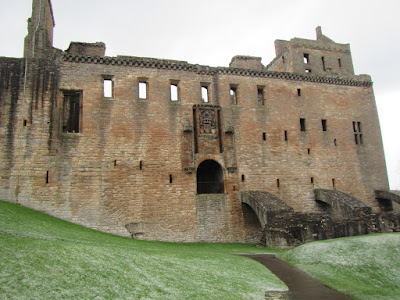 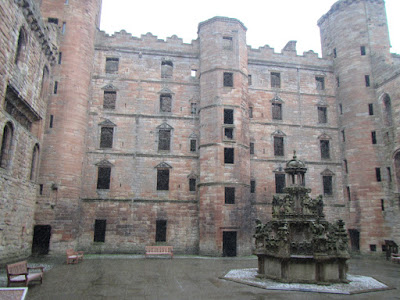 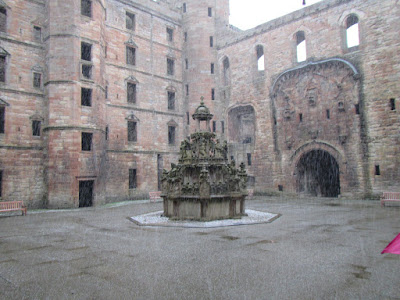 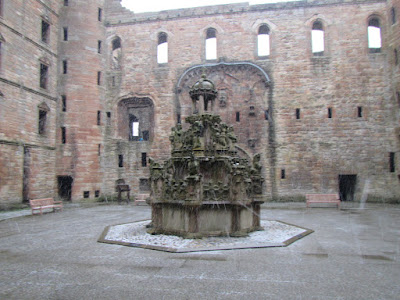 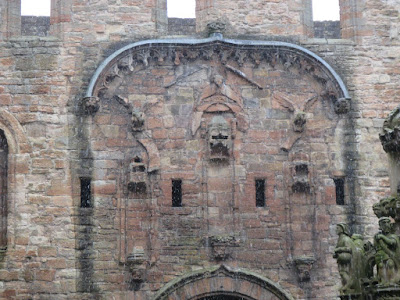 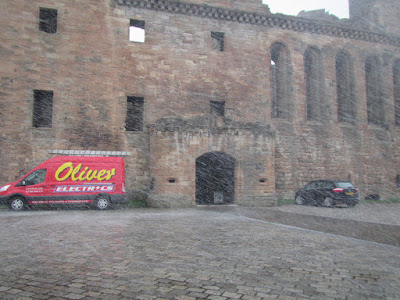 
We woke today surprised to find large snowflakes falling on top of a dusting already on the ground. Although our walk in the park with Midnight the dog we are caring for was crisp and cold it was also sunny and delightful. What a lovely day for palace viewing we thought, until we arrived on the grounds. A sudden storm came out of no where, which does seem typical of the weather here, and it began to snow. The snow turned into sleet with large bouncing balls of hail, not pleasant considering the temperatures were near freezing. We waited in the car a bit hoping the storm would pass and even considered giving up on the palace altogether. But eventually we decided to brave the weather, put up our umbrellas and tour the palace. Although the palace is huge and well preserved it does lack a roof so our touring was done mostly outdoors. But the walks up and down hundreds of stairs helped to warm us up as we marveled at the sight of the place and tried to imagine what life must have been like living there. 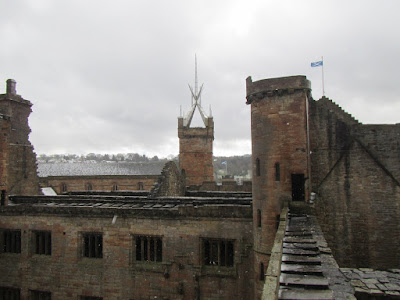 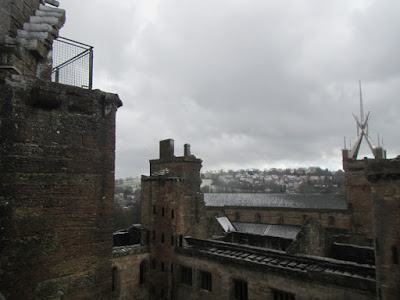 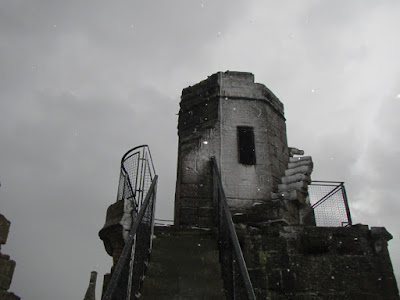 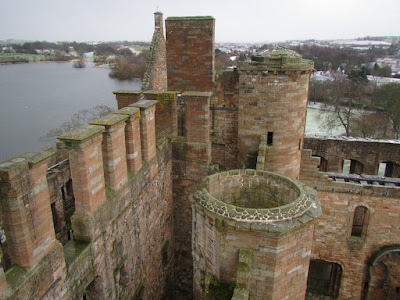 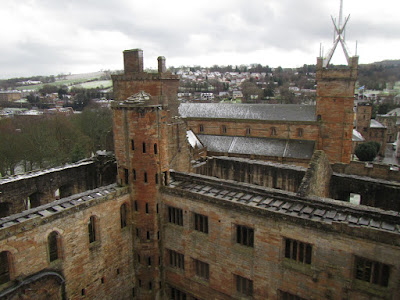 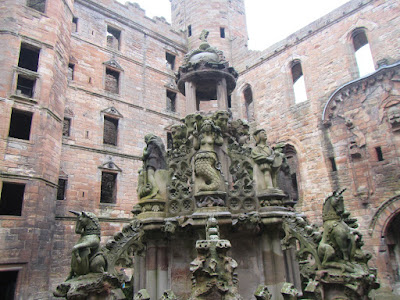 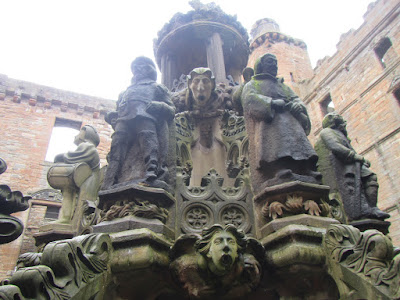 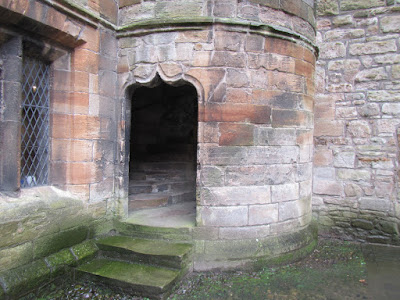 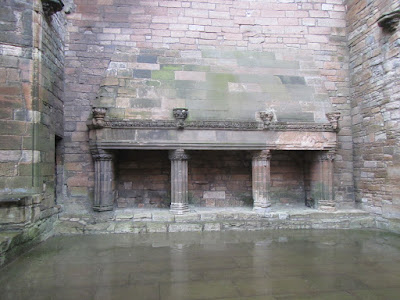 A palace once fit for kings and queens is now a just a remnant of what it once was, but is still a spectacle to gaze at. It sits up high overlooking the loch by the same name where we actually saw small fishing boats out in the snow and sleet. Apparently life goes on in Scotland despite the foul weather so likewise we need to get out and explore the country and invite you to follow.....along the gringo trail.