The Palace Of Holyroodhouse......

When Her Majesty The Queen comes to Scotland for either business or pleasure she stays at her official residence, The Palace Of Holyroodhouse. Another must-see visitor attraction in Edinburgh is where we spent a few hours today. This impressive royal residence is best known for being the home of Mary, Queen of Scots during her short reign. Today the state apartments are used regularly by the Queen for state ceremonies and official entertaining. 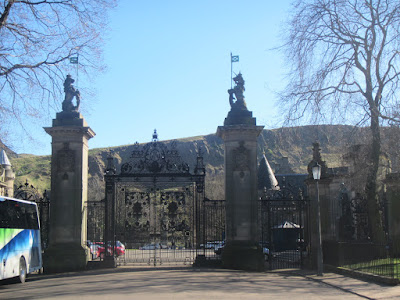 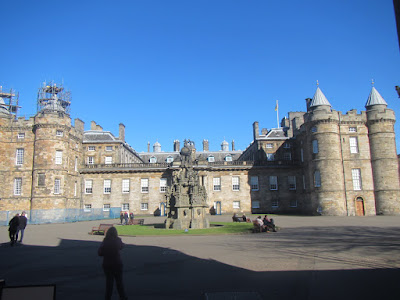 The Palace Of Holyroodhouse 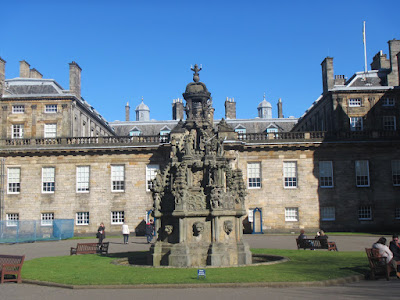 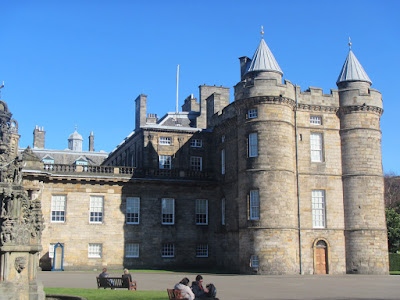 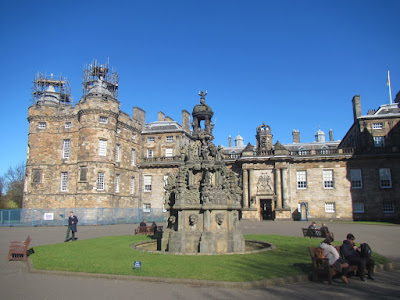 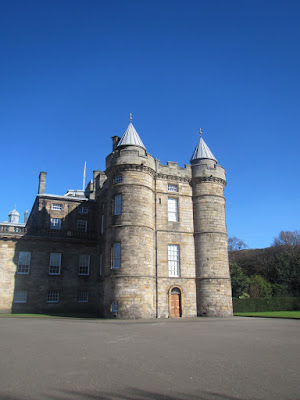 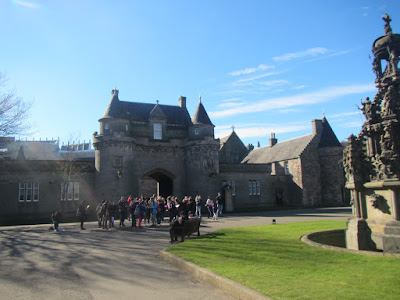 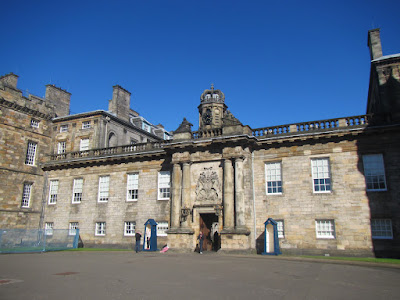 Once inside we were self guided through 14 magnificent and historic state apartments, but unfortunately no photos were allowed. Outside stands the remains of the majestic 12th century Holyrood Abbey and gardens and nearby is the Queens art gallery. 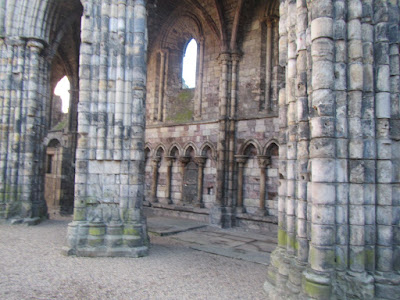 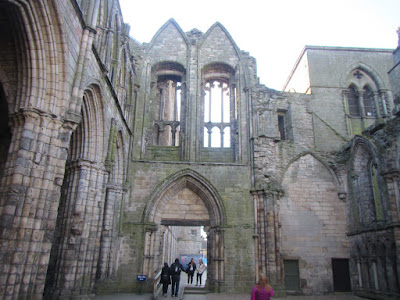 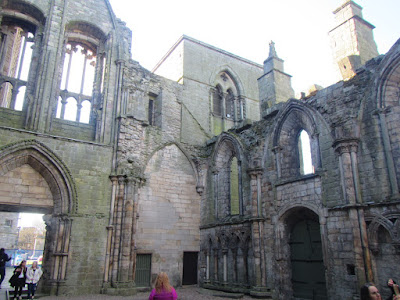 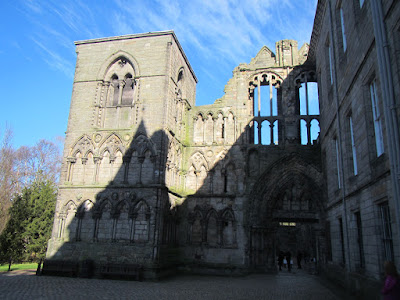 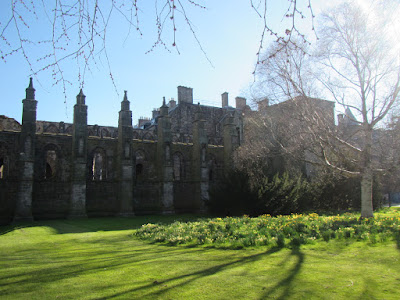 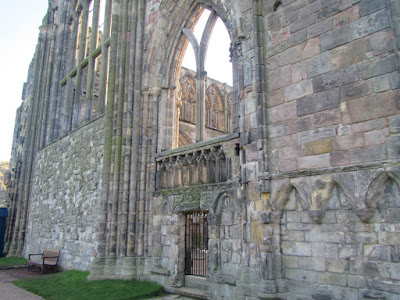 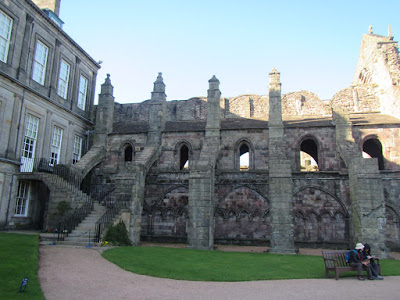 The vibrant city of Edinburgh is alive with people today since the sun is shining and temperatures are in the 60's. Locals and tourists alike are out enjoying the sunshine and sights of the city. While we were on the bus to the palace we spotted hundreds of police officers lined up ready go into action. Nearby were hoards of protestors chanting and carry flags and signs. Similar demonstrations could be seen all around the House Of Parliament which was nearby the palace.  I asked some of the locals what it was all about? Some thought it had something to do with the issue of Scotland leaving the European Union. Some are opposed while others are in favor of the decision creating a big mess. But no one was really sure what the protests were all about but whatever the cause it was surely keeping police, firefighters and paramedics on guard and ready to take action. 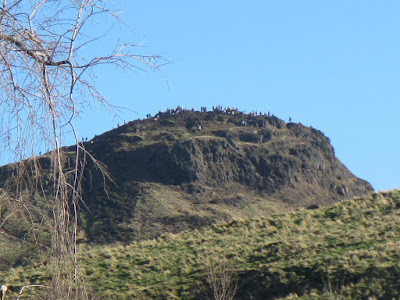 Arthur's Peak, The Highest Point In Edinburgh At 823 Feet
See All The Tiny People Up There 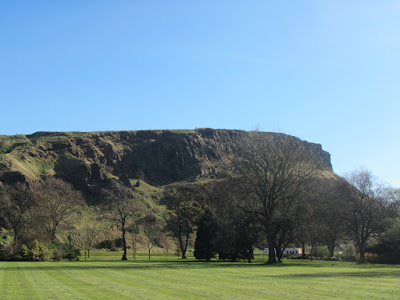 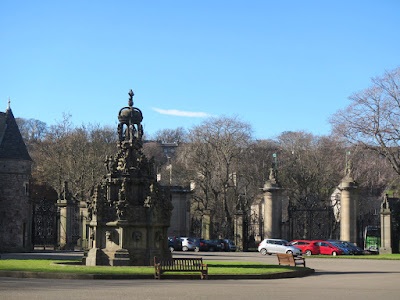 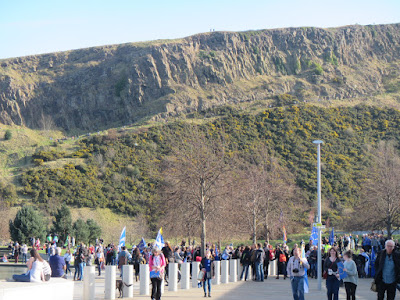 A Demonstration Is Over And Breaking Up 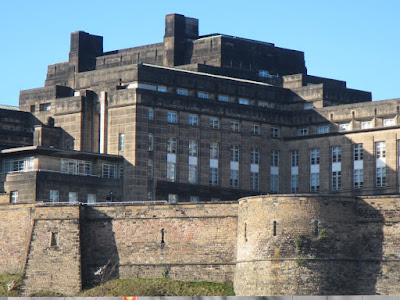 Sights Around The City Of Edinburgh 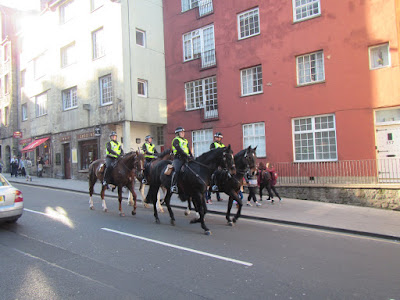 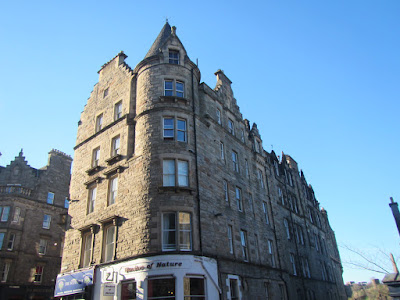 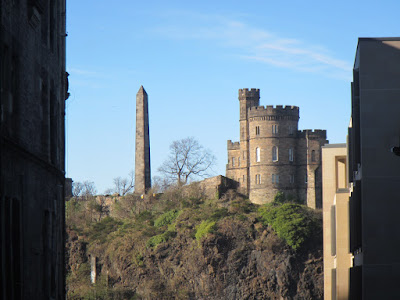 Tomorrow in the UK is Mother's Day and also when daylight savings time begins. While we are not sure yet where the day may take us we know it'll be special as we enjoy more of Scotland.....along the gringo trail.

Some photos of the palace inside included with this link:
https://www.visitscotland.com/info/see-do/palace-of-holyroodhouse-p247111
at March 25, 2017