Panamá is said to be the only place in the world where you can watch the sun rise over the Pacific Ocean and watch it set over the Atlantic. Because of it's unique "S" shape, this long, thin, bridge of land can be crossed over rather easily and that's just what we did yesterday. 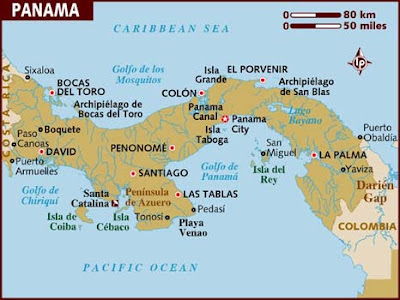 The Gatun Locks are located close
to Colon
﻿
Early to rise we jumped in the car and met up with friends for a ride over to Colon.  We drove by the Canal expansion project before stopping at the Gatun Locks.  A pleasant surprise was to discover that "residencias" were allowed into the viewing area "gratis" where others had to pay $5.00.  All we had to do was show our residency visas and in we went. 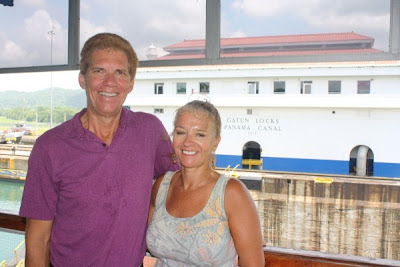 Clyde and Terry at the Gatun Locks
We watched mesmerized as the massive ships made their way through the locks, dropping and rising 28 feet right in front of our eyes.  On the wall hung a list of prices that each ship passing through would pay that day.  The most expensive being a whopping $367,000 since it's based on tonnage.  I wanted to thank each ship for putting hundreds of thousands of dollars into our economy, which makes for a lower cost of living here allowing us to live comfortably on less money.

There are three sets of locks in the canal system. A two-step flight at Miraflores Locks where ships are lifted. Then a single flight at Pedro Miguel Locks, lifts ships from the Pacific up to Lake Gatun. Then a triple flight at Gatun lowers them to the Atlantic side. All three sets of locks are paired which means there are two parallel flights of locks at each of the three lock sites. This allows ships to pass in opposite directions simultaneously, however, larger ships cannot cross safely in the Gaillard Cut area. So usually ships pass in one direction for a time, then in the other.  Although during the time we watched at the Gatun Locks ships did transit both ways.

On our first trip to Panamá we just had time to visit the Miraflores Locks, which are the easiest to access from the city and the most touristy.  The San Pedro Miguel Locks are alongside the road and we've driven by them many times.  And now we've seen the third set of locks in Colon.  The Panamá Canal is truly an engineering marvel and it's fascinating to watch enormous ships being moved up and down by water power alone. 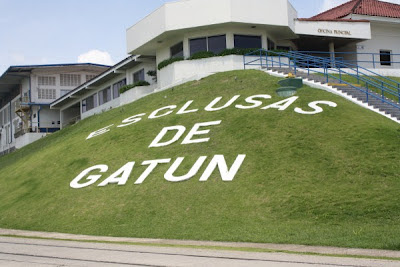 The Esclusas (locks) of
Gatun 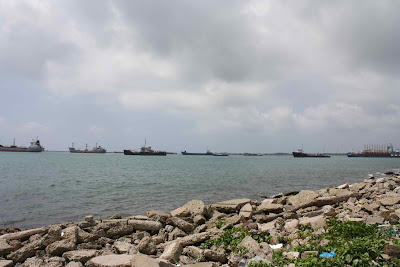 Ships in line to
enter the canal
﻿ 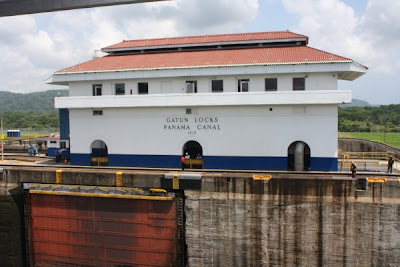 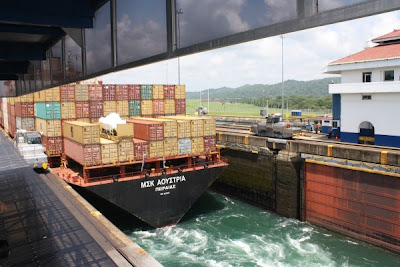 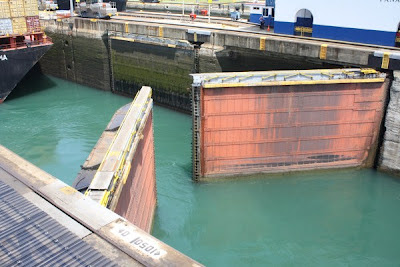 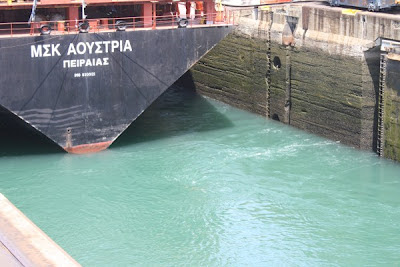 Water is starting to fill up lock 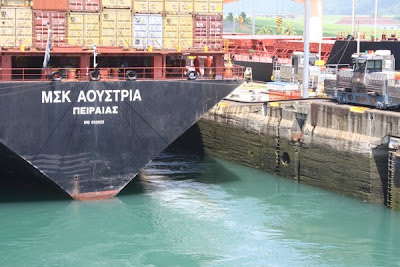 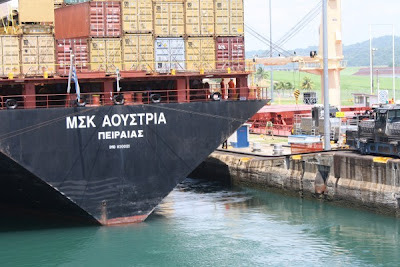 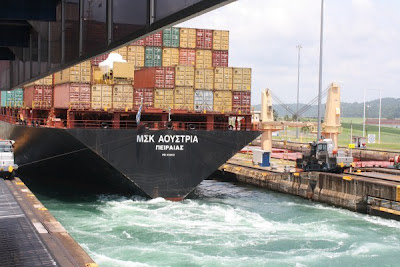 Locks full, the ship starts moving
under it's own propulsion 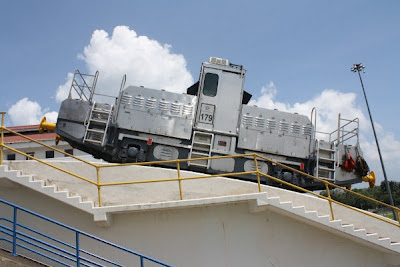 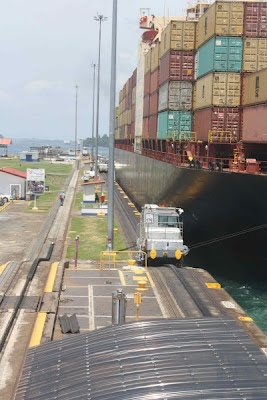 Not much room to spare on the sides!
That is why they need bigger locks!
Bigger ships Equals:
more money for Panama
cheaper to ship for the shippers 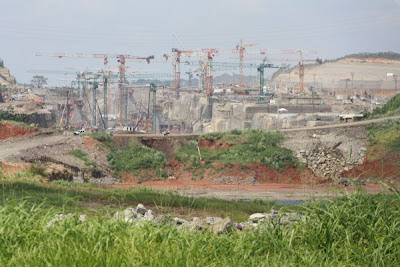 The massive undertaking of building
the New Gatun Locks 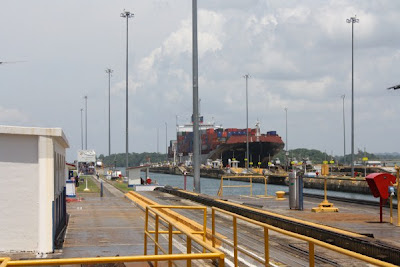 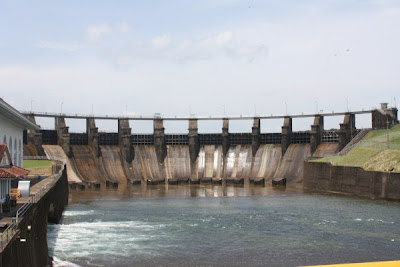 Hydro Electric dam that supplies
the electricity for the Gatun Locks 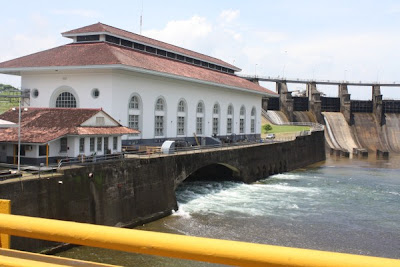 Another view of the workings for the
Hydro Electric Dam
The Canal is what Panamá has going for it above all other countries in Latin America.  It's what keeps the country going, bringing billions of dollars into the economy allowing us foreigners to retire comfortably on less money.  A must see for all those visiting the country, yet something those of us that live here still enjoy seeing. Watching the ships roll in, and watching them roll away again here in Panamá....along the gringo trail.
at June 21, 2012