Lately we've noticed life-sized dummies standing in front of homes here in Panamá.  Some resemble super-hero's, other's tv personalities or politicians and some are anonymous people that we don't recognize.  They are similar to scare-crows or figures that us Americans would display in front of homes for Halloween.  Here in Panamá they are called "muñecos" which means "doll" in Spanish.  This time of year they are created out of old clothes stuffed with paper, straw, or trash and burned during New Years Eve celebrations.  This is a way to get rid of the past while welcoming the new year. 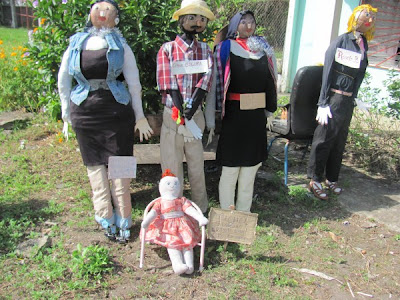 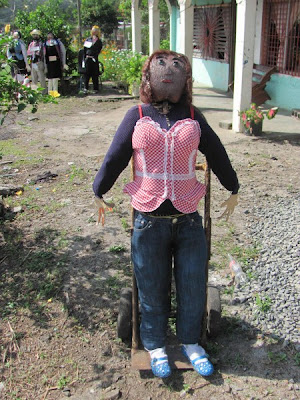 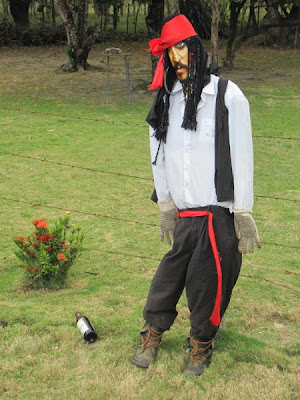 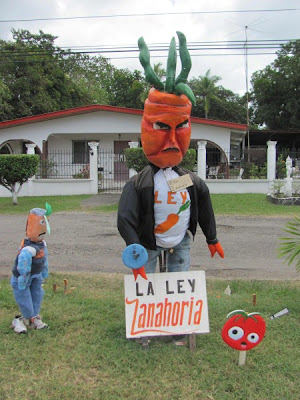 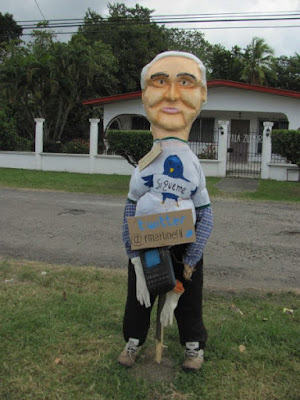 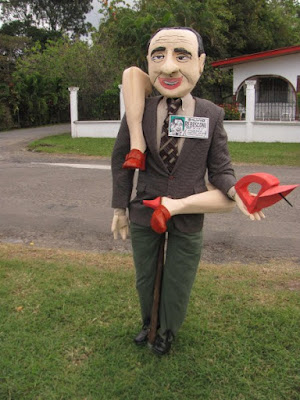 Some of us may like to create a muñeco that looks like our ex-husband or wife, our boss, a political figure, annoying neighbor, or anyone else you want to see go up in smoke. Although the tradition is throughout Panamá, it's more prevalent in the interior around the towns of Chame and San Carlos because local politicians have awarded prizes for the best ones, and continue to do so today. And since the gym we use is in Chame, we'll take this as a photo opportunity to snap some pictures of this years display, and hope that we don't see our likeness staring back at us. 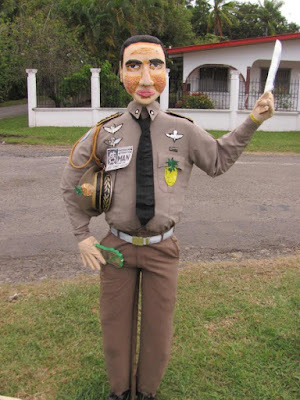 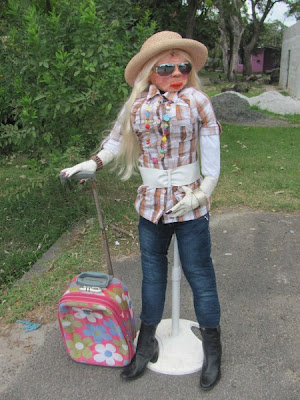 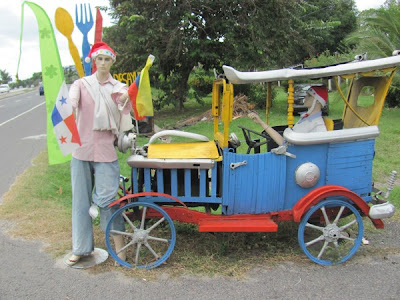 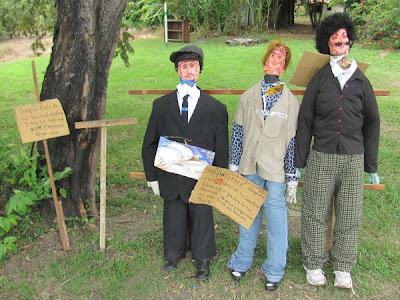 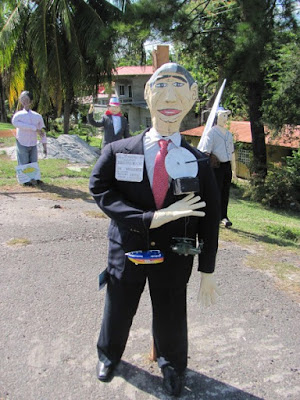 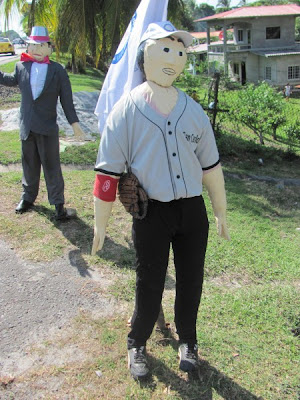 Today we went in search of muñeco's and since Clyde is brave and not shy about taking pictures in front of peoples homes, he snapped these photos.  Some we noticed from a distance and then as we made our approach and got ready to snap a picture, the figure would move and we realized it was a real person.  Some of the muñecos were quite well done and I was impressed. 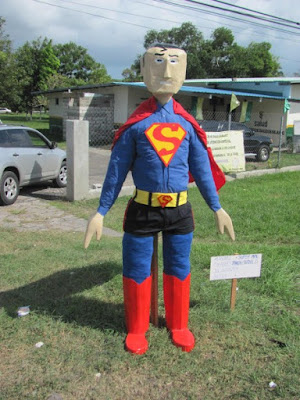 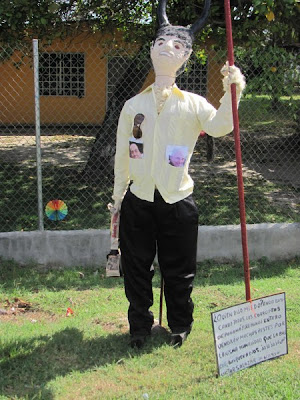 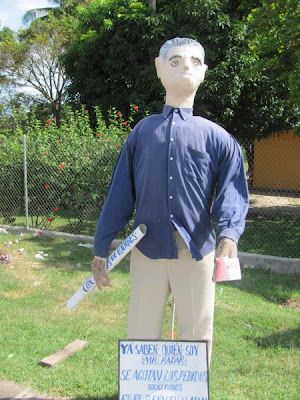 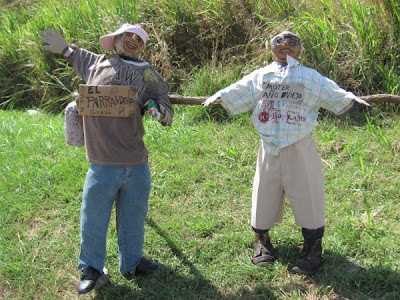 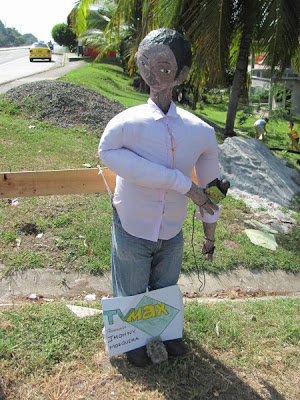 And speaking of Panamanian traditions, at about 7pm tonight a group of kids made their way through our little neighborhood singing and playing instruments.  The voices were almost chant-like as they tapped drums, xylephones and moraccas stopping in front of each home for several minutes.  We sort of hid in the house not knowing what we should do, if anything and eventually they went on to the next house.  The music gave me the feeling that we were being blessed in some sort of local, end of the year ritual.  And we felt honored that they stopped at our house as if they're accepting us as one of their own, maybe, sort of in some small way.  So many unusual local traditions in this foreign land that we now call home.  Perhaps as the years go on we'll come to understand the people and their traditions a little more, as we stay open-minded to expand our horizons.... along the gringo trail.
at December 30, 2011