Twas the Night Before Navidad

Twas the Night Before Navidad
(My version:  by Terry Coles)
Twas the night before Navidad and all through the land
Not a creature was stirring except my sweat gland
The  stockings were hung on the palm tree with care
As the warm balmy breezes blew through my hair 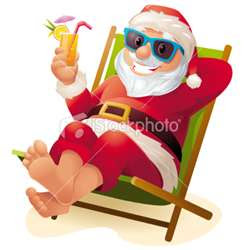 The monkeys were nestled in trees up way up high
And the jungle was quiet, not a creature did fly
Mama in a bikini with a drink in her hand
And Clyde with a fish pole, a catch would be grand 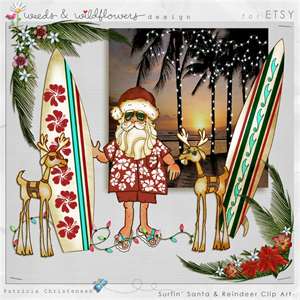 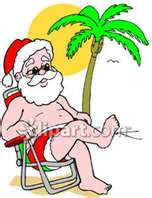 But what to my wondering eyes did appear
But a boat full of gifts and eight tiny reindeer
I noticed the Captain was chubby and thick
And knew at that moment it must be St. Nick
It tousled and joustled to shore it took aim
As I heard the old fart call out some name 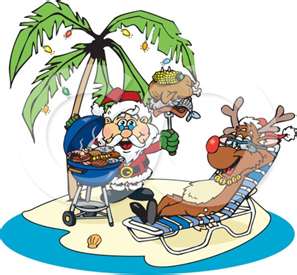 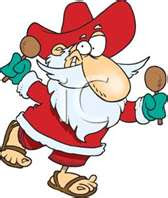 Dressed up in a speedo and flip flops to boot
He said this is Panama? Oh what a hoot!
He called for a taxi the size of a bus
And filled it with toys with out much of a fuss
Then tied up the reindeer under a tree
And jumped in the cab after taking a pee 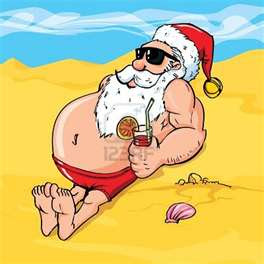 We heard him yell loud as they drove out of sight
Feliz Navidad to All, Along the Gringo Trail tonight
at December 21, 2011