Today we took a break from the Spanish books and headed out to explore El Valle.  About an hour drive from Capira sits this small touristy town surronded by mountains.  El Valle is a lush, fertile volcanic valley known for it's yellow frogs, hot thermal pools, mud baths and zip line tours.  Every Sunday is market day in El Valle where the locals and Indians sell their handicrafts and produce. 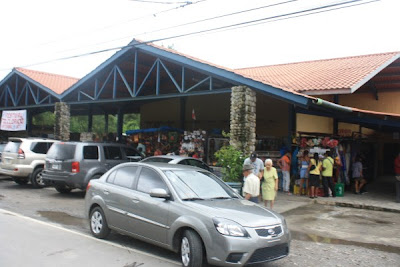 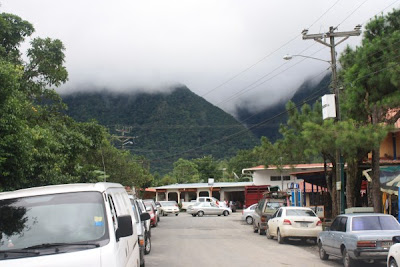 I never get tired of the mountains covered in clouds
"Los Nubes"
El Valle was born some five million years ago after a massive volcano erupted leaving behind a five by three mile crater which later became inhabitated by Indians.  It's volcanic soil makes it the perfect place to grow just about anything.  It's surronded by lush forest, colorful flowers and green rolling hills that appear to be covered by broccoli. The town boasts of year round spring like temperatures that range from 82F in the day to a cool 68F at night. 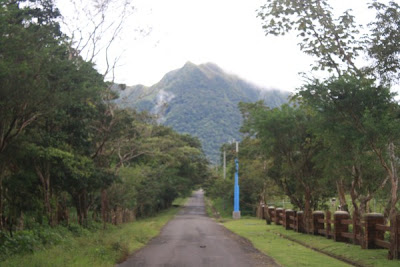 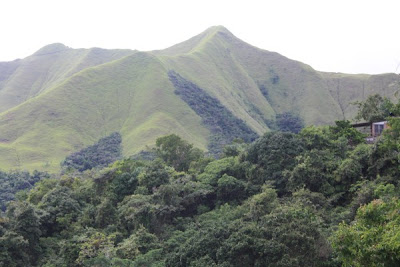 We browsed through the marketplace that was full of tourists emptying out their wallets.  We did pick up a few finds that we probably couldn't find elsewhere. 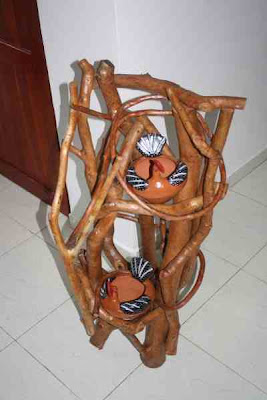 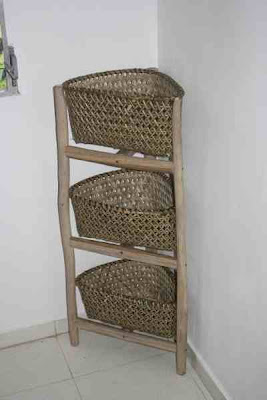 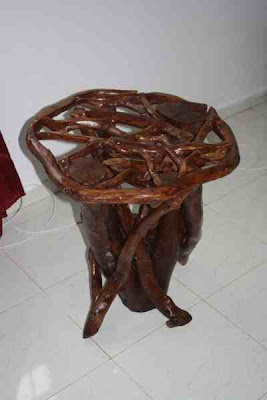 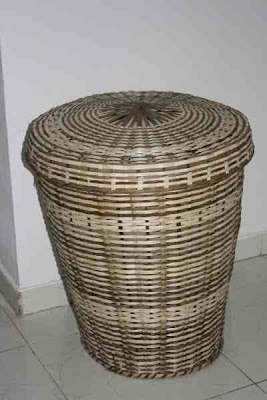