We hear unfamiliar sounds from across the street. The sounds of kids laughing and yelling out loud while kicking a ball around and running after it.  It was the sound of kids playing futbol, which of course is a national past time in Panama.  Yes,  kids here even teenagers play outside.  Whether it's hot, pouring down rain, cloudy or somewhere in between kids spend time outdoors.  One day while drivimg into our little neighborhood this same group of teenagers that's outside now had cement bricks in the road that they were using as bases.  And later at night perhaps after their parents are not watching a group of teens rides their bikes over to the side of our house.  There is a hill there that they run up in an attempt to grab onto a tree.  When they see us walking outside some even say "hello" so I suppose they have learned English in school.

What's wrong with these kids here? Don't they know they're supposed to be watching tv, playing video games, texting their friends or facebooking on the computer?  They should be scarfing down buckets of popcorn, chips and pizza while plopped on the couch with mama yelling at them?

Since I'm on the subject of sports, something I know absolutely NOTHING about there is a big event going on right now Panama City.  For all you baseball fans out there Panama City is hosting the 2011 IBAF World Cup Baseball Championship for the next few weeks.  Apparently there are  sixteen  teams scheduled to play from sixteen countries. Over fifty games of this World Cup will be televised and available for web streaming all over the world.  Baseball fans all over the world will look at Panama in the next two weeks.  The games will be held in Panama City as well as other towns like Cocle, Agua Dulce, Santiago de Veraguas and Chitre Herrera Province.  Even this ditzy blonde who's clueless when it comes to sports was impressed by this. The fact that world famous baseball players in cute uniforms, with bulging biceps and tight ends will be this close to home.  Maybe my next blog will be from inside the locker room? 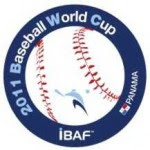 Sort of on the same topic.....last week in school Suzanne our instructor from Argentina was telling us about herself in Spanish. She went to college in the US many years ago and the one thing that she remembers most about Americans is that we eat all the time.  Clyde, our classmate Kaitlyn and I all being from the US could certainly NOT disagree with that statement.  She went on to say that every time they saw an American they had something to eat or drink in their hand.  Suzanne said it became so much of a joke between her and her non US friends that every hour they'd look at their watch and say "an hour has gone by so I guess it's time to eat again."  Clyde and I told her about our weight loss journeys and the subject continued on a bit more about food.

In Argentina Suzanne said they eat three meals plus tea and a snack late in the afternoon. This is because they eat dinner very late there so the snack holds them over.  In Panama people here seem to eat three meals a day.  A typical Panamanian restaurant meal consists of white rice, beans, plantain chips called "pantacones" and some type of meat usually fried.  Meals here are MUCH smaller than those served in US restaurants.  Desserts are scarce and when served have little or no sugar in them.  Even in bakeries the items may look sweet but the one's we've tried barely had any sweetness to them.  Maybe that's because us Americans are SO used to foods being way too sweet that we can't even taste just a little sweet anymore.  Restaurants meals here cost about $2 to $5 for a meal big enough for Clyde and I to share.  A fancier meal goes for maybe $8 to $12 and has lots of food.  But strange as it is the iced tea here IS bottled, sweet, Lipton tea full of sugar.  Maybe they prefer to drink their sugar instead of eating it?

Clyde and I took it easy at home today after a morning at the gym in La Chorrera.  The gym is about a 15 minute drive from the house.  It's tiny, no a/c and not too clean but it does have lots of old equipment for weight lifting along with free weights.  The cardio equipment is old and pitiful but perhaps that's because people here walk everywhere so they don't need indoor treadmills, bikes and elipticals.  While working out a women came over to me when Clyde was not around and started chatting in Spanish.  I explained that I didn't speak Spanish too good but we managed anyway.   She seemed to be giving me the "up down look" like men do to women.  I wasn't sure if she was hitting on me or trying to find a work out buddy.  The cost of the gym is only $2 a day per person and is right across from the grocery store where we shop.

Night has fallen and the sounds of birds, bugs, geikos and other wild life fill our ears as the warm, humid air caresses our skin.  Calmness surronds us as our heads overflow with thoughts of the day and memories of the weeks gone by.  It's been one month today that we've planted our feet in the rich soil and dropped anchor in the waters of retirement in Panama.  It seems as though we've been here forever.  Perhaps because we rolled off the plane with open hearts, willing minds and a sense of adventure.  Retirement here is not for everyone but for us right now, right here seems to be where we need to be. Two gringos in paradise along trails unknown just waiting to be explored....along the gringo trail.
at October 01, 2011