If someone had told me when I was a kid growing up in New Jersey that someday I'd be walking through the rain forests of Central America I would have thought they were crazy.  Yet here I am, not on vacation, but living in Central America in the country of Panama trekking through forest occupied by monkeys and other creatures.

Yesterday we woke up before dawn to hit the trails of Parque Natural Metropolitano in Panama City.  Just a 10 minute drive from the center of the city, Parque Natural Metropolitano (PNM)  is part of the biological corridor located along the east shore of the Panama Canal, the Camino de Cruces and Soberania National Park. This area of 235 hectares, is the only area of protected tropical forest within the city limits. It helps ensure that the Panama Canal will have the water that it requires for operation as well as preserving the tropical forest so important to mankind. 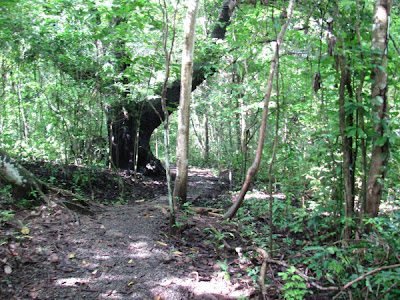 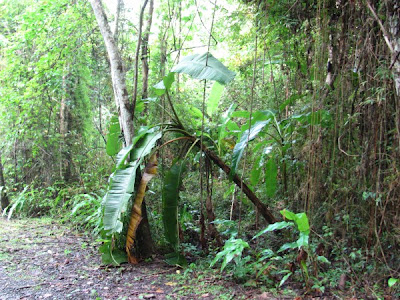 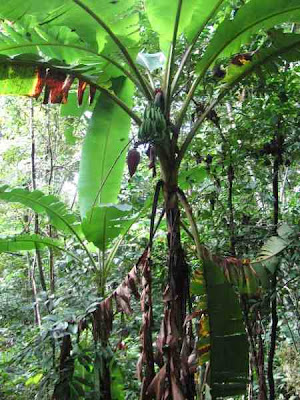 a banana tree
Parque Natural Metropolitano has within it five different trails that meander through the lush, tropical forest.  Silence is the key here in order to spot some of the many animals that inhabit these forests.  We were on the lookout for spider and howler monkeys, sloths, agouti, coati, toucans, parrots, macaws, white tailed deer, red eared sliders and more.  As the leaves rustled we spotted an agouti looking for food.  Up ahead in the middle of the trail sat a coati who we got within a few feet of before he realized we were spying on him and fled into the woods.  We came upon several coati drinking in a stream.  Clyde spotted a few brown frogs as they hopped over ground cover and huge turtles seemed to be waiting for food in a muddy pond.  Strange sounds were all around us as our nostrils filled with the smell of wildlife and flowers.  We didn't see as many animals as we would have liked, but there's always next time. 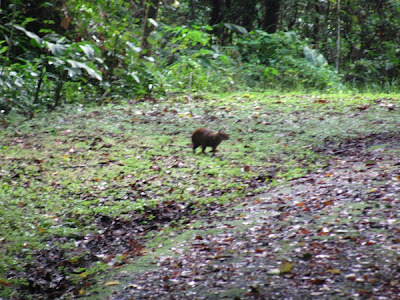 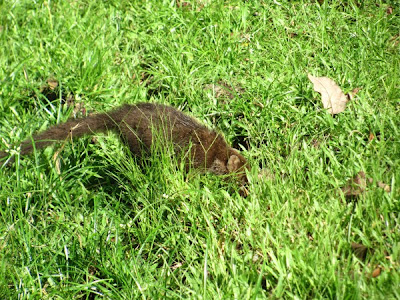 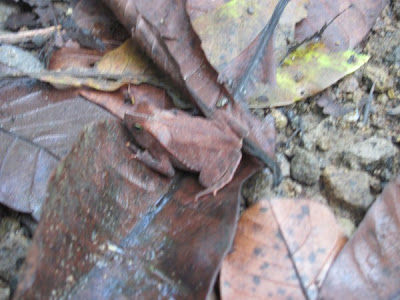 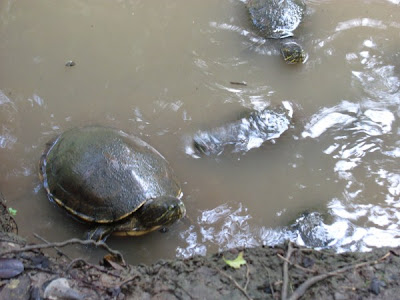 Turtles
Half way through the trail we came upon a "mirador" or lookout point where we met up with a few other hikers at the top of the steep, long hill. Although we're both in good physical condition we were a bit winded at the top only to notice an older, out of shape Asian women and her daughter talking out loud and hiking like it was a walk in the park.  Perhaps this says something about the Panamanian culture?  Since they walk everywhere are they generally fitter then us Americans? 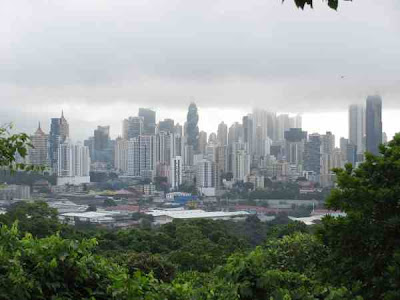 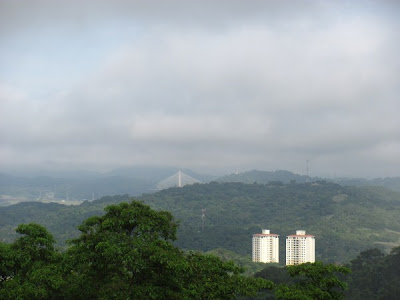 The Millennium Bridge in the background 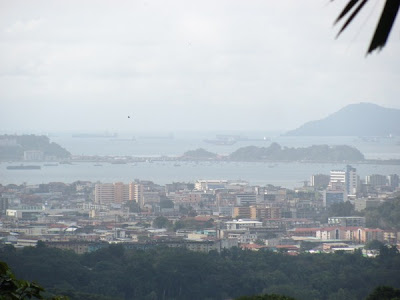 The islands of Naos, Flamenco, Taboguilla and Taboga Island
After hiking for over two hours it was time to head into the city for some breakfast and a break from our travels.  After we recovered we decided to continue our exploration and head over to Panama Viejo, the oldest part of the city that was destroyed by pirates.  But that's something for the next blog.  So until next time....happy gringo trails to you. 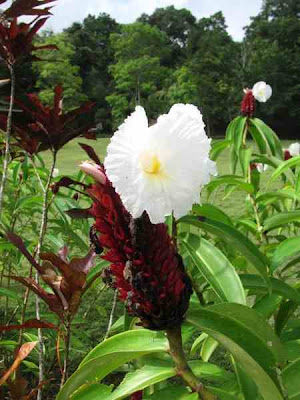 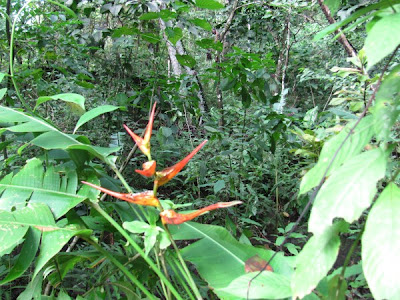