It occurred to me today that in order to live in a foreign country one has to be willing to look stupid much of the time.   After school today we drove over to the El Dorado Mall which is one of the oldest malls in Panama City.  Susanna our teacher told us about a section of Chinese restaurants off to the side of the mall. Since it was time for lunch we ventured into one.  Not only do these people speak fluent Spanish but they speak it with a distinct Chinese accent. 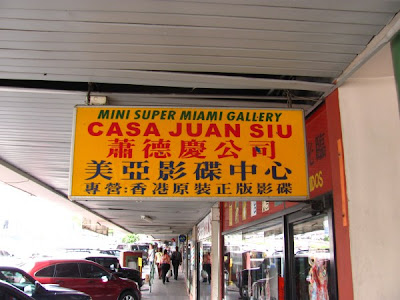 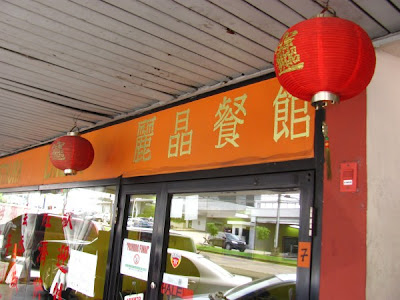 We looked at the menu perplexed not knowing what anything was since it was in both Spanish and Chinese.  The waitress came over with a pot of chamomile tea and Clyde explained that we are learning Spanish. She asked what we wanted to eat and he said "pollo" or chicken and "rolla" or eggrolls for me.  She rattled off something then wrote it down on her little pad and off she went. Apparently SHE decided what we wanted to eat!

We waited in anticipation with absolutely no idea what she would bring.  A while later she brought out a tray of something that resembled shrimp ragoons or potstickers, I'm not sure with a sweet and sour sauce.  We enjoyed them but avoided eating too many because we had no idea what or how much other food was coming.  Soon she brought out a huge plate of meat.....we thought it was chicken with a dark gravy over it.  That was all she brought which was a good thing because we couldn't have eaten any more.  Half way through the meal as we were struggling with chop sticks, which means we were eating mostly with our fingers, the waitress brought over forks and knives.  She did the same thing for another table too.  At the end when she brought the check she said something about "pato"...turkey I thought or maybe she said "gato"......cat?   As we walked out I said to Clyde "oh that was "pato"......turkey then I realized that turkey is "pavo" and "pato" is duck????  Did we  just eat duck?
Ok so we have NO idea what we just ate for lunch in a Chinese restaurant in what looked like China town in Panama City.  There were several streets of all types of businesses all Chinese. 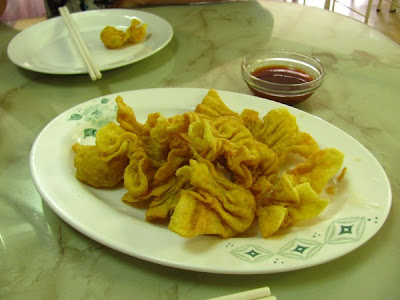 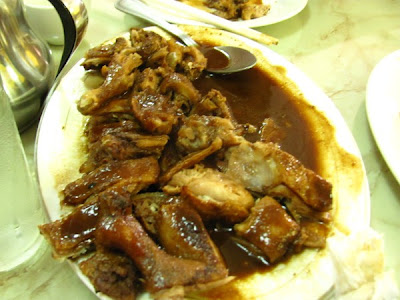 Then we went into El Dorado Mall which is a mall we haven't seen yet.  I was in search of a store called SAKS......which I heard had close out designer clothes cheap.  And since this is Panama cheap they were.  I bought 2 pairs of jeans (with lots of bling on the pockets) and these were the expensive jeans here $12.99 each not the $1.99 versions.......5 tops and 2 purses all for $75.00 and that included tax too.  Not too shabby we thought.

Conveniently enough this mall even includes a large casino.  I suppose the husband could hang out there while his wife spends the rest of his money shopping.  Clyde found a couch outside of the fitting room to nap on while I was trying on clothes. 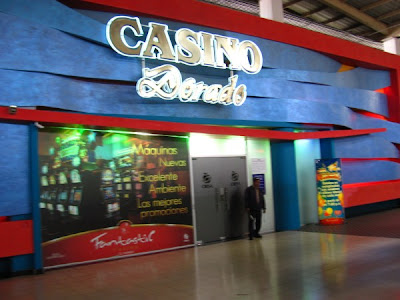 Before leaving the mall Clyde insisted that we stop for ice cream.  We shared a sundae which was also cheap. Before we left Texas we stopped at Dairy Queen because we thought it would be a long time before we saw one again.  At Dairy Queen in the US Clyde ordered a sundae and the clerk asked....."what do you want on it?....nuts, whipped cream, a cherry, sprinkles....." and all of those things cost extra in the US.  I remember asking the boy "what exactly does the price include."  And he said the price only included the ice cream and topping, all else cost extra.  Here in Panama everything you could possibly want on a sundae is included.......and all for about $2.00.  And by the way Panama does have Dairy Queen but so far we're too busy trying new things to stop at US chains.

After ice cream we drove across the street to a unique store called Solde la India.  It's jam packed with all kinds of funky items from India.  It's not a store I ever would have gone into since that's not my style but someone told us about it and we just had to see it.  It was an experience but the only thing that we bought was some rattan coasters and a wooden holder to put in them all for about $3.00.

So for those of you that plan to come visit us someday bring an empty suitcase for all the bargains that Panama has to offer.  And also bring an adventuresome palate for those times you'll leave the restaurant not knowing exactly what you just ate.  We can't promise you much of anything except an adventure with us here in Panama....along the gringo trail
at October 03, 2011