Pineapples, chickens, and fish....oh my

Today we went on a mission through the jungle in search of pineapple plantations. As we drove along Clyde kept telling me "keep looking for pineapple trees," and then we noticed large plots of land with crops growing.  We stopped to look and suddenly realized we were looking at pineapples, growing on the ground and NOT on trees.  Apparently the young plants begin under ground and then blossom into a flower which later becomes a pineapple.  There were hundreds of hectares of pineapples growing and this was only in one area, perhaps just one plantation. 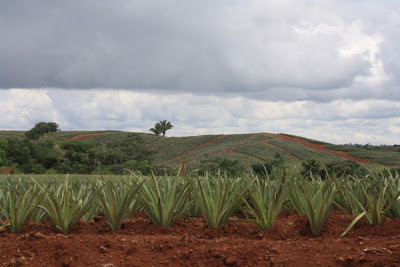 The Pineapples go on forever!

This is what they will look like
After driving awhile longer we came across some cows that seemed to have escaped.  A couple of them were dragging ropes from around thier necks.  We kept on seeing long rows of buildings.  Upon stopping we realized they were full of chickens. 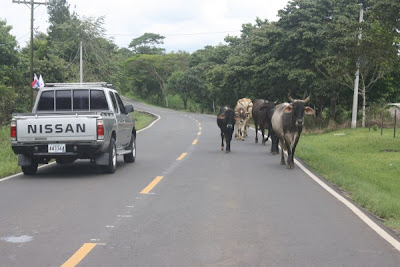 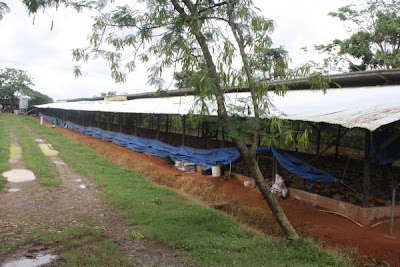 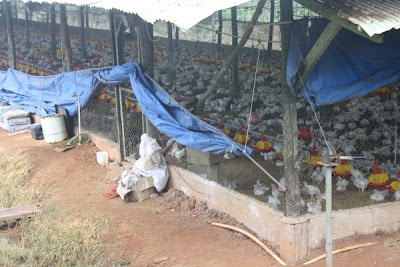 Dinner!
﻿
We kept following the road until we ended up at Lake Gatun.  As soon as we got out of the car, a young, well fed Panamanian man waddled on over, asking if we wanted to go out on a boat for $20.00.  He invited us over to see a huge peacock bass hoping to entice Clyde into a fishing trip on one of the boats. 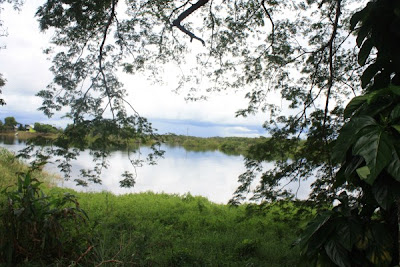 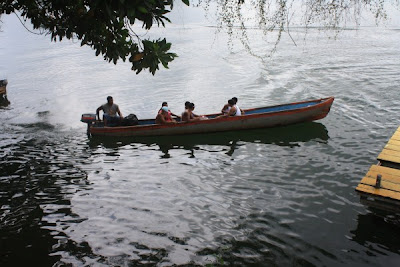 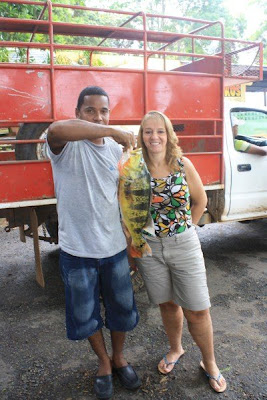 I have to admit, I (Clyde) am
Ready for some fishing!

While checking out the dug out canoes and other boats, Clyde noticed some boxes on the side with LIVE chickens in them.  I suppose that if you want fresh chicken, this the way to do it. Take home a fresh chicken, kill and cook. 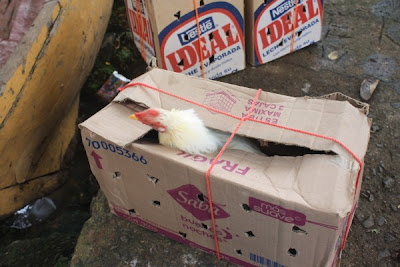 Now this is a "fresh" chicken!
On the way home we stopped for lunch at a 24 hour restaurant, bakery and store called "Cesarin."  For only $5.00 the girl piled four heaping ladels of rice onto a plate and topped it with beans, plantain and chicken. 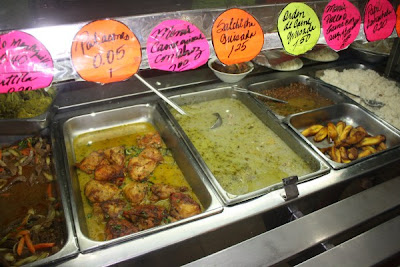 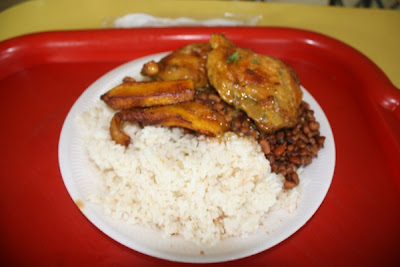 Last night we danced the night away with new friends in the Coronado area.  It was the Third Annual Halloween Dance Fundraiser for Spay and Neuter Panama.   This organization takes in strays and fixes them so they can't reproduce.  We met about 25-30 new ex-pats, some from Canada and others from the US,  who all had different reasons for moving to Panama.  But all seemed to share one common view, which is that they love it here and never want to go back to where they came from.  Clyde even met two women from San Antonio, TX and one even went to the same high school as he did.  Such a small world! 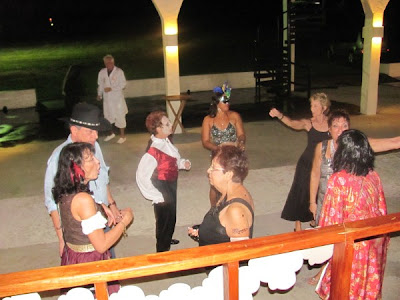 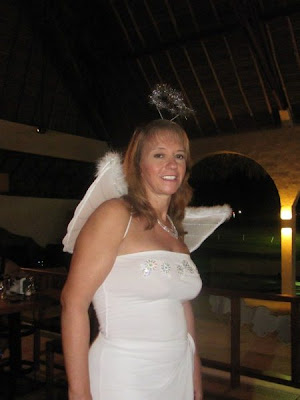 Yes, she is a "little" of out of character 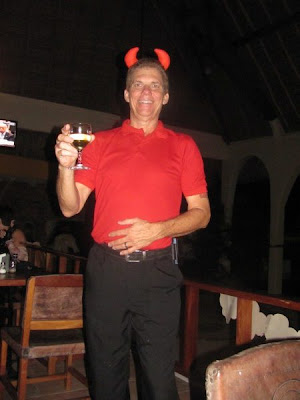