When our friends asked us to join them at the beach giving us a break from fixing up the new house, we just couldn't resist.  Sharon and Phil the Canadian couple that live in Chicá had their daughter visiting and wanted to show her the beaches. Their daughter Alanna asked me "so what made you choose Panamá?"  Her wise ass father immediately answered for me by saying "because we were here."  Of course we didn't know them at the time, but it got me thinking how funny that people from two different countries meet in a third country and become friends.  That's one of the benefits of expat life, making new friends from other parts of the world.

We all met up at our new house in Chame first for the grand tour, since they had not seen the inside nor the back of the property.  Since they live on a fruit farm they were helpful in pointing out the different types of fruit growing in our new backyard.  Sharon was excited to see mature tamarinds and told us they make tasty sauces. A new to us fruit, the tamarind is a brown pod like fruit that grows in hot tropical climates.  The fruit inside the pod is brownish-red and tastes similar to a date, according to my taste buds.  They can be used in sauces, desserts, jams and jellies just to name a few. 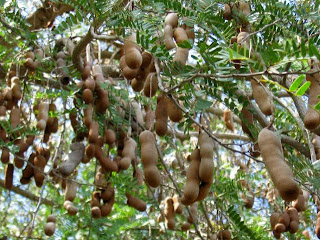 A Tree Full Of Tamarinds 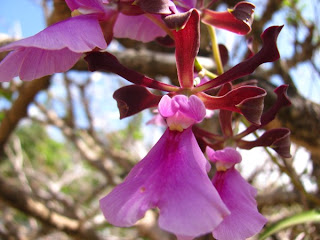 Here is an Orchid, We have Orchids! 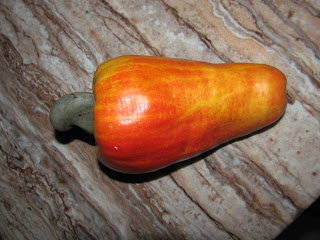 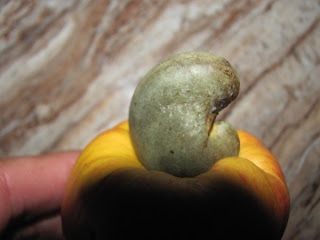 The Cashew on top of the Apple
We have much to learn about the strange and wonderful fruits that grow in Panamá, some of which are growing right outside our door.  Mangos are weighing down the trees but not quite ripe yet.  Another tree has small round, brown fruits that ooze with white mile when picked.  Sharon seemed to think this was some type of guava and thinks they need more time to ripen.  I picked my first cashew apple with the nut attached to the bottom.  The fruit is yellow and has a strange stringy texture and taste that I didn't care for.  But later after looking up the nutritional value of the cashew apple I'll have to give it another try since it's full of good stuff.  Coconuts are in abundance and some on the ground have even sprouted new plants.  Once the inside work is done we'll have time to play in the garden and try out some of the many fruits on our trees.
Next we headed out to Santa Clara to park our butts under a bohio and listen to sound of the surf.  The ocean waves were too rough to venture out too far safely.  So we vegged out for a few drinks, snacks and conversation with good friends.  The beach was dotted with bikini's and a few stray dogs looking for food. 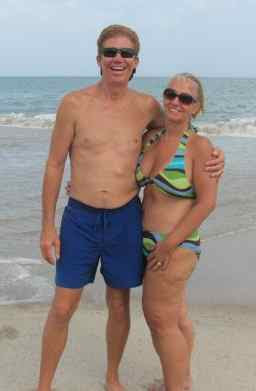 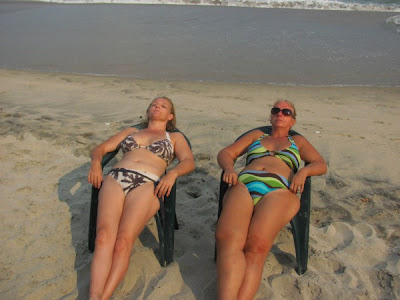 Sharon and Terry getting some sun 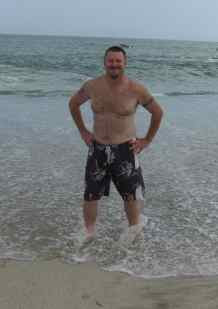 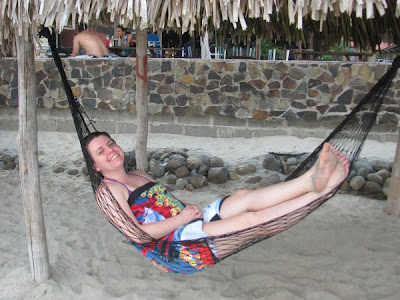 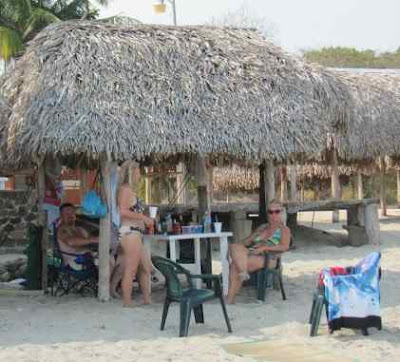 Our Crew Hanging Out 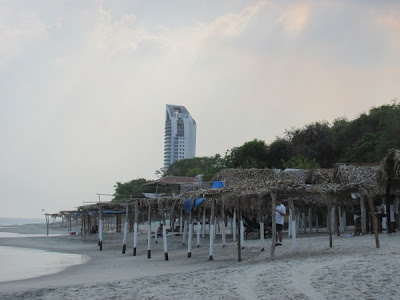 View of high-rise condos over
the rustic Bohios 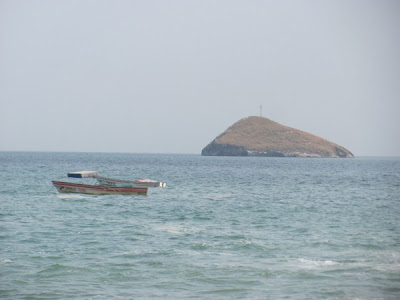 Small Island with Fishing Boats anchored
Today it was back to work at the house putting primer on the walls in preparation for paint.  Clyde did some work on the outside trimming plants and hedges. We painted the kitchen cabinets for a temporary fix until Clyde has time to rebuild them.
We've discovered that the Glidden paint stores will give a discount if you ask for one.  Clyde told the man he bought a big house and will be buying lots of paint so the man gave him a card for 35% off.  And since we will be painting every last inch of this house, we do need lots of it. The house is currently painted with a mix of bright Caribbean colors like yellow, orange, green, pink and blue.  Since we both like bright colors we plan to continue this theme making every room come alive with color.  And since the whole house has a dropped ceiling we will also replace the tiles and paint the grid that holds them in place.  About the only thing that we're not replacing at this time is the tile on the floor.  It's a white background with brown splotches in it.  Although we're not in love with it we don't hate it either.
As I type my tired hands cramp up and ache a bit from our first week of painting. But I'm sure in the end it will all be worth it, when we're able to sit back and relax in our newly decorated casa.  A temporary break from retirement as we paint, scrap, tear down, scrub and replace the old with the new.  Thirty years of paint put up by Panamanians is covered up by American hands in the attempt to color our new world, and pave a new way.......along the gringo trail.﻿
at March 24, 2012